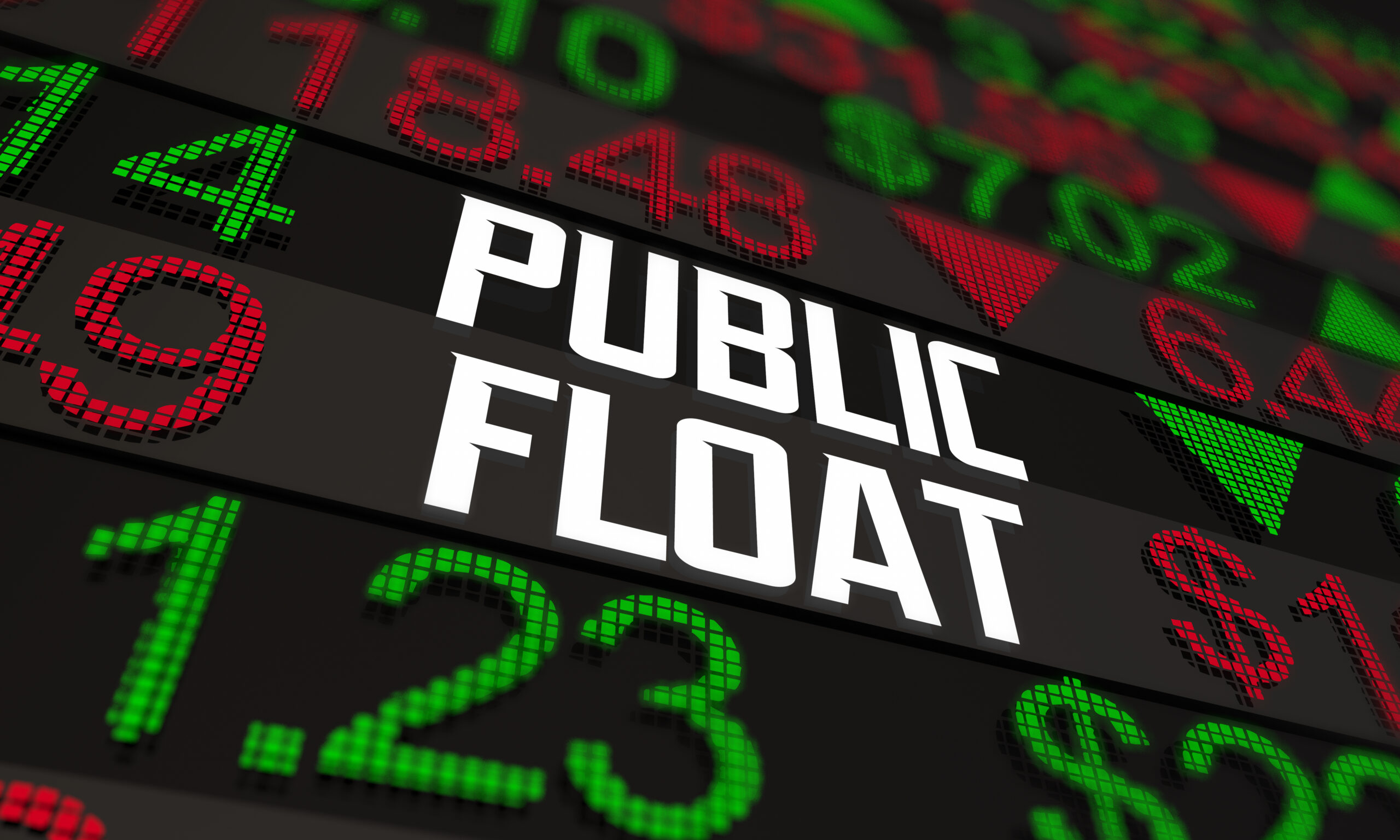 There are many important liquidity metrics that investors watch in order to better understand market conditions. Among the most important is free float, sometimes called public float, which represents a stock’s overall pool of publicly traded shares.

Most investors are likely familiar with shares outstanding, which is the total number of shares that a company has issued and exist currently. However, some of those shares are restricted from being freely traded, and therefore do not contribute to a company’s overall liquidity as it relates to daily trading activity. For example, insiders and executives often hold stock for long periods of time with no intention of trading. Many large institutions may also be long-term holders, particularly funds that hold over 5% of shares outstanding. Early investors such as venture capitalists may also sometimes be considered strategic investors. When you exclude these categories of investors, you arrive at free float.

Making matters slightly more complicated, there is no standardized definition for some of these categories. Due to this subjective nature, free float estimates can and do vary among data service providers, sometimes significantly.

At ORTEX, we utilize a wide variety of data providers for many of the metrics available on our platform. While our short interest estimates – both shares and dollar value – are proprietary and derived internally from our algorithms, we combine that data with third-party estimates for free float to display estimated short interest as a percentage of free float (SI % of FF).

More specifically, our free float data provider is S&P Global Market Intelligence, one of the largest and most authoritative sources of market data in the world. S&P Global triangulates data from a variety of sources, including regulatory filings with the SEC. Since SEC filings can be dense and complex, the process of analyzing the underlying fundamental information is semi-automated and can require manual adjustments depending on an issuer’s specific circumstances and/or S&P Global’s methodology for estimating free float.

For instance, discrepancies in the timing of filings can sometimes lead to positions being double-counted or under-counted. This is just one example of a situation where manual analysis and review are required to ensure accuracy.

Discrepancies in float data, amongst various providers, are frequent due to the slightly varying methodologies. We work closely with S&P to ensure float data is as accurate and timely as possible.

In the interest of transparency, we are providing additional detail regarding S&P Global’s free float methodology. Starting with shares outstanding, S&P Global then subtracts and excludes holdings from strategic owners that include:

It’s also worth noting that we and our data partners cover tens of thousands of stocks, so it is not possible to scale these processes across our coverage universe instantaneously. Our goal is to provide the most up-to-date information as quickly as possible, but we are a relatively small team that works in conjunction with third-party providers.

As a result of all of these factors, it can take up to 48 hours after an issuer has made an SEC filing for our systems to update to reflect the most accurate information.

There is another consideration for free float that relates directly to short selling activity. One consequence of short selling is that the trading activity increases liquidity – a share that was previously being held as a long-term investment is now being loaned out and traded.

A share that is borrowed and sold short was likely purchased by a long investor. That 1 share now has 2 long owners and 1 short seller, which still nets out to 1 issued share outstanding for the purposes of the issuer’s capital structure. But now there are more shares artificially being freely traded in the market, which is how it is possible for short interest to exceed 100% of free float in some cases.

Some of our peers attempt to factor in this activity and make adjustments to free float accordingly, but we believe that short interest exceeding 100% of free float conveys important information to investors and traders, such as the likelihood (and potential magnitude) of a short squeeze occurring in the future and true demand for stock loans from short sellers.