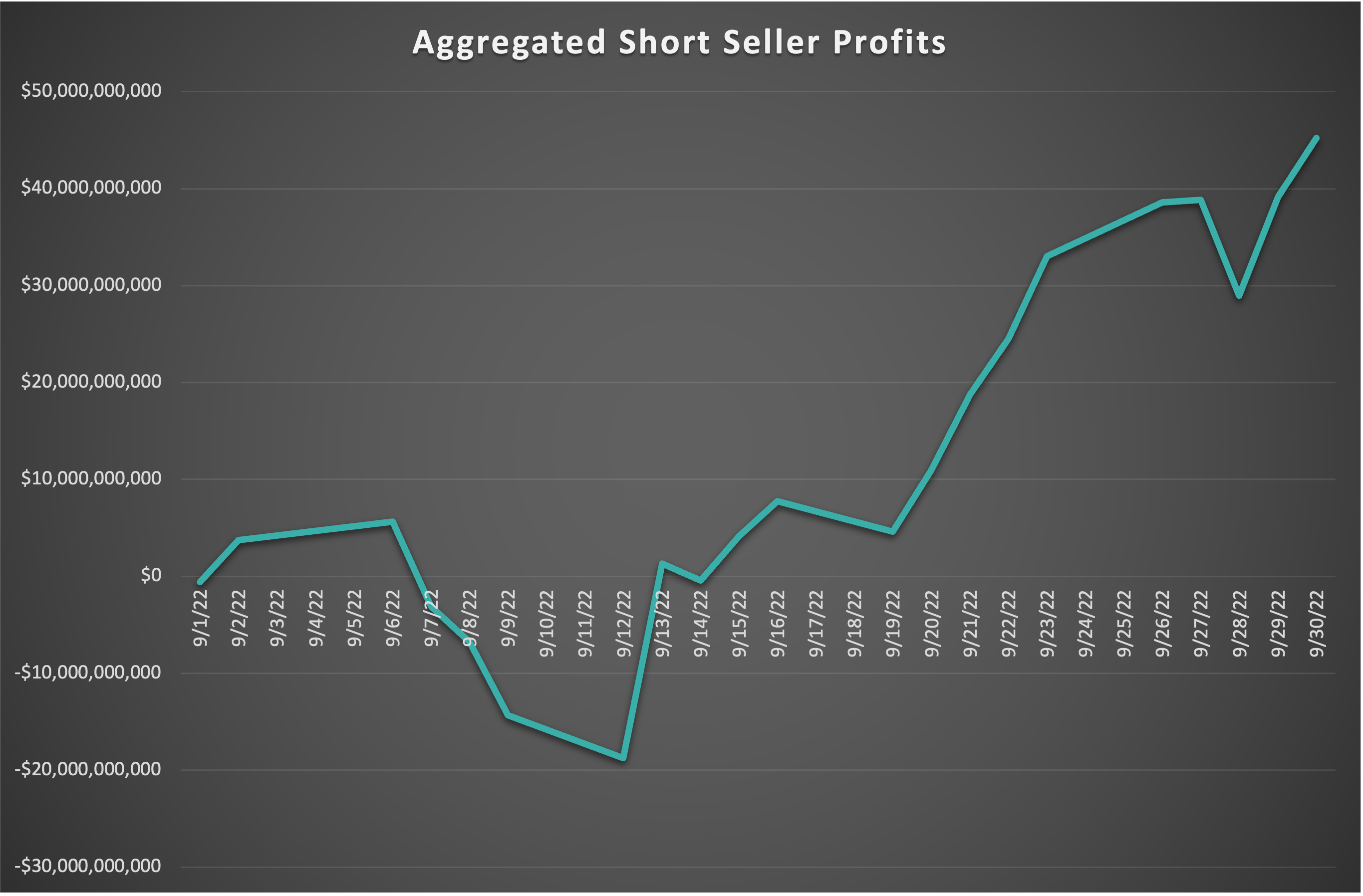 As the market declined, ORTEX data shows that short interest increased considerably across nearly all sectors within the S&P 500. Interestingly, bearish sentiment in technology stocks declined by 1.6% to 866.7 million short shares despite the fact that the tech sector has seen valuations hit the hardest by rising interest rates. Here are ORTEX’s estimates for how aggregate short interest (SI) shares changed for each S&P 500 sector for the month of September.

In the aggregate, S&P 500 short sellers reaped $45.2 billion in profits throughout September, with most of the gains accumulating near the end of the month as the market rout accelerated.

The stock that saw the biggest short-seller losses in September was Regeneron Pharmaceuticals (Nasdaq: REGN), as skeptics lost $307 million in September. The primary catalyst for the stock surge was positive results from late-stage trials for the companies’ anti-blindness treatment, which Regeneron is developing in collaboration with Bayer.

Conversely, the stock that short-sellers profited the most from last month was Apple (Nasdaq: AAPL), with bears gaining $1.99 billion. While technology stocks lagged in September, Apple fell following reports that demand for the new iPhone 14 lineup has been underwhelming and that the company would not ask its suppliers to increase production.

Looking ahead, here is a current list of the top short squeeze candidates, based on the highest ORTEX Short Scores. Our ORTEX Short Score uses a multi-factor model that incorporates multiple short-related metrics, with a higher score indicating that the stock is heavily-shorted and has other characteristics that increase the possibility of a short squeeze occurring.

By just about any measure, technology stocks have suffered a historic sell-off this year amid surging interest rates and a challenging macroeconomic backdrop. That…

Transcripts for earnings calls, investor conferences, and analyst day events are among the most important sources of information for investors. These conversations offer unique…